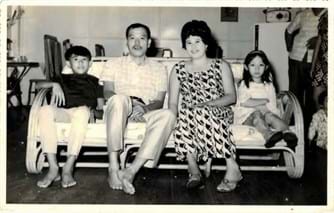 All families have problems and experience conflict. That is not unusual. The difference between a healthy family and a conflict-ridden family is that a healthy family deals with the problems by seeking help.There is no blame in family therapy as a family is viewed as a system where each family member is a unit within the system. When there are problems, it means something in the system is not working well enough. Healthy families intentionally face the problem, seek help to intentionally strengthen relationships. Our experienced Family Therapists can help. Call us now on 0400 999 918.

Can Family Counselling or Family Therapy Help You?

When we talk about family, we usually mean our blood relations, although the traditional nuclear family can be complex these days - spread across generations and geographic locations, and featuring separations, divorce, and blended families due to re-partnering. However, the definition of family may also extend to our ‘urban family’ – those of our closest friends to whom we feel strongly bonded within moving friendship groups that may stretch and grow over time. This complexity means that some people have multiple families, perhaps spread across different households.

In defining ‘family’ here, we are primarily focused on the role it plays rather than on a traditional blood relation definition. Marriage, de facto relationships, and children may form a family, but they are not prerequisites. With a trend towards smaller families (especially for couple-only and lone-person households), the role of a caring, supporting, protecting a loving group, underpinned by indivisible bonds, may be filled by all manner of relationships.

When it works, family is the safe-haven where we develop functional patterns of relating to others, as well as expectations of how others will relate to us. This then becomes the internal template for what we can expect from others in the world. Early childhood experiences with primary caregivers (often but not always parents) shape our expectations of future relationships. Think of the clichés you have heard, such as ‘she/he married someone just like his dad/mum’. These references are not entirely inaccurate. Whether we realise it or not, we do tend to play out the interpersonal patterns we gained from childhood. (Read more about Attachment Theory)

It’s normal for any family to have occasional conflict and to go through difficult times because of external circumstances, such as an illness or job loss. But when family relationships are conflicted and unresolved, they may fail to provide the emotional safety and security necessary for a child to go out into the world. Parental conflict, conflict between children and parents, or between siblings, or with in-laws, can all be major obstacles to the family functioning well and its members being happy.

Consider the following when evaluating how well your own family is functioning:

Some signs that things aren’t working are:

All families interact based on certain patterns or rules, whether implicit or explicit. These rules form the quality or experience of living and growing up in that family. Some common unhealthy patterns include:

Keeping up appearances: The parent or caregiver may place great emphasis on how the family appears to the rest of the world rather than on meeting the actual needs of the family members. Parents may cover up serious issues, such as an extra marital affair, alcoholism, depression etc. This pattern frequently occurs in wealthy families or when a family is in the public eye. The sharing of emotions or feelings may be discouraged or even ridiculed. Because appearances are so important, the children may be negatively compared to other people’s children, or they may be pitted against each other in a kind of competition for the approval and affection of the parent.

Having a scapegoat or ‘problem child’: Typically, the parent offers positive attention only in response to children’s achievements, and there is often one child who is the favourite while another child is a scapegoat and target of negative emotions. If the parent acknowledges any difficulties in the family system, it will only be by projecting all negativity onto the ‘problem child’. In families with unhealthy patterns of relating, the caregiver may punish ‘bad’ children by withholding affection or by using shaming as a primary method of discipline.

Reality shifting: Children may be treated as if they are an extension of the parent rather than as individuals with distinct personalities, and they may not be allowed to have privacy or adequate physical space of their own. The children’s own experience may be invalidated through ‘reality shifting’, in which the story that the parent tells about an event does not at all match the child’s recollection of the event. This type of family is not skilled at direct communication and may communicate through yelling, sulking or the silent treatment rather than talking honestly about emotions.

Triangulation: Very often, unhealthy families engage in ‘triangulation,’ or pitting one family member against another as a way to manipulate behaviours. Many of these families also feature an authoritarian parenting style, in which the parent’s rules are not allowed to be challenged.

Relational extremes: Parents may be either overly protectiveor invasive of privacy, with an inappropriate amount of structure (too strict) relative to their children’s developmental stages, or disengaged and distant with no behavioural guidelines (no structure) offered to children at all.

Unhealthy family patterns can have harmful and long-lasting effects on children. A person who grows up in an environment of blame, criticism, or rejection will have relationship difficulties as an adult, along with a lowered sense of self-worth. And a person who grows up minimised or emotionally neglected will not reach their full potential. Childhood emotional neglect affects self-esteem and eventually a person’s capacity to truly know themselves, including their strengths and weaknesses. Most importantly, it impairs their ability to know when and how to ask for help, a human being’s basic survival skill.

The family pattern that we experience in childhood forms our expectations of how to be in relationships with others.  If that initial family pattern is an unhealthy one, then as adults we will struggle to have healthy and fulfilling intimate and family relationships.

As a Family Counsellor, I sometimes see several generations of the same family. Here is an example of how one client found himself coping with the unaddressed needs of an earlier generation - his parents.

Nicholas came to see me at age 21 due to panic attacks. He was a pleasant, intelligent, well-mannered and soft-spoken young man in his second year of University. His parents were also seeing me for marital therapy; although Nicholas did not know it at the time, his parents were considering separation. They had been together for 25 years, and on the surface it seemed that they lived an enviable lifestyle. The parents told me that no one was aware of their marital discord due to their ability to keep up a happy facade, and the children had never seen them argue. In truth, they had been unhappy for most of the marriage. Nicholas’s mother was pregnant with him when she was 18. His father travelled frequently and had a series of affairs. Despite this, his mother, a self-confessed people pleaser, stayed and ‘made the best of it’ because she never felt capable enough to leave and make a life of her own. She was always smiling, and over the years she began to feel she was living her life from one staged performance to another.

Eventually, Nicholas had 3 much younger siblings and became a replacement ‘father figure’, due to his father’s frequent absences.  Nicholas initially told me that he has the best parents in the world, much to the envy of his friends. As I sat with Nicholas to understand the instances when his panic attacks had occurred, it became apparent that Nicholas’s attacks occurred only when he had to speak in public, even though with friends or family members he spoke eloquently. He told me that when he had to speak to unfamiliar people, he ruminated repeatedly on thoughts about how he would be ‘found out’ as a fraud and not who he portrays himself to be. Nicholas’s panic attacks were about the intense fear of people really seeing him as he saw himself—as not confident, not good at sports, and a virgin.

When his parents finally broke the news of their separation, Nicholas came back to see me, but this time excited and gushing full of words. He said, “Kim, it’s not me. I always sensed that there was something not quite right with my parents’ marriage. I knew it. I knew it! My happy family was all a pretence. It was a façade. Now that I know it’s a façade, even though I feel sad they are separating, I also feel relieved, as I don’t have to live this façade anymore. So what if I’m not confident or a virgin... that’s okay, right?” Naturally, Nicholas’s parents were dealing with their marriage the best way they knew how, and not fighting in front of the children is generally a good thing. However, the years of not dealing with the problems in their marriage (maintaining a façade) impacted Nicholas’s own sense of identity and reality.

Some families operate in unhealthy family patterns, even when they may seem normal to the rest of the world. These families may feature neglect or abuse (whether it is emotional or physical. Or the family’s unhealthy ways of relating may stem from the narcissistic needs of one family member or members.

Why Is Family Therapy or Family Counselling Important?

Psychology and neuroscience research provides overwhelming scientific evidence about the ways that our childhood experiences, both negative and positive, influence our subsequent relationships. Unless we are aware of these influences and proactive about change, we risk the chance of a negative interpersonal pattern repeating itself in our current family relationships, our work relationship and our social relationships.  It is as simple as that.

There are no perfect parents. Most parents do the best they can, with the resources and skills they possess at any given point in time. Thus, exploring a deeper understanding of a family’s patterns is not about criticising parents or throwing them under the bus. In family counselling, we help our clients explore, understand, and make the changes they want so they can consciously choose the life they want for themselves and their family — rather than living a life of hand-me-down values, beliefs, and patterns that may or may not be relevant, current, or functional.. The many families we have helped reported an increase in the level of fulfilment in their family and work and social lives.

For parents, our children are our future. It is not good enough to only provide our children with food, shelter, clothing, and education. We want them to be psychologically and emotionally robust, equipped and healthy to have the best possible chance in life.

That’s why at ARM we are relationally focused. Our therapists are passionate about helping families become conscious of unexamined past histories that can affect the happiness and fulfilment of their tomorrows. Many of the families we treat are prominent pillars of the community - business leaders, social change leaders, church leaders, and education leaders. (For this reason, ARM family counsellors are very sensitive to privacy concerns, and we always protect the privacy of all clients.) If you are as keen to create fulfilling, healthy relational patterns (and thus fulfilling relationships) as we are to help you meet this goal, give our Family Therapy experts a call today or send us an email for the family counselling you need.