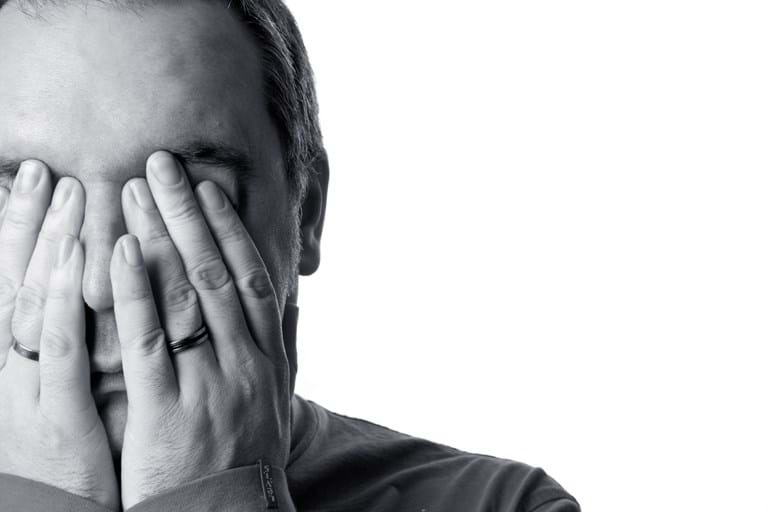 Some days we can all feel a bit flat, blue, or a bit ‘blah’. Unlike this temporary feeling, depression is a pervasive and relentless feeling of sadness that is not fleeting. Hence, it is known as the ‘Black Dog’ or ‘Dark Cloud,’ that follows you everywhere you go.

The severity of this feeling varies from person to person. Overall in Australia,some one five people, including 1 in 4 women and 1 in 7 men will experience depression at some stage of their lives.

Depression doesn't discriminate and can happen to anyone. In mid 2014, one of our most loved actors of all times, Robin Williams, committed suicide after prolonged periods of depression. Depression is also a disease caused by loneliness and isolation. But there are solutions. Things can be better.

Signs of depression include:

The exact causes of depression vary from individual to individual, but what we do know is that it does not occur as result of a single event. A combination of recent events and or other longer-term or personal factors can see the onset of depression. And research has shown that certain personality traits predispose one to developing depression. These include:

Clinical depression is also known as major depression, and its causes may include biological as well as psychological factors. Much medical research has been conducted on changes in the brain or the ‘chemical imbalance’ in the brain being the cause of depression. And while there is still much that we do not know, it has been found that some people who suffer from CD have changes in important brain chemicals, such as serotonin and norepinephrine. If you have been prescribed anti-depressants and are responding well, meaning able to return to normal functioning, this usually confirms that you have been suffering from CD.

Studies have shown that CD often runs in families, and individuals may be predisposed to inherit genes that increase the chances of having depression.  However, this not does necessarily mean one will suffer from depression just because there are family members who do.
Studies have also shown, the more stressors/traumas that one has had, the more vulnerable one is to developing CD.  And while this vulnerability is greater in those who are genetically predisposed to CD, depression involving biological factors is rare. Psychological factors remain the most common causes of Clinical Depression.

CD is marked by a depressed mood for most of the day, particularly in the morning, and a loss of interest in normal activities and relationships. In addition, having a total of five or more of the listed symptoms over a two-week period, most of the day, nearly every day strongly indicates Clinical Depression. And, suicidal thoughts are a tell tale sign of CD

Situational depression is caused exclusively by psychological factors. The major triggers in life that cause SD include: relationship problems and difficulties, social isolation, serious illness, mental health difficulties, experiencing a traumatic event (such as a disaster, crime, or accident,) financial limitations, long periods of stress, death of a loved one, separation or divorce, discovering your newborn infant/child has a disability, or loss of a job. Sometimes a major life change that may seem positive on the surface, such as a job change or relocation, can also trigger depression.

Other factors that can cause SD include long term difficulties in families, such as living in an abusive environment, or being in a long term relationship with an uncaring partner. Traumatic events such as domestic violence or natural disasters that impact individuals may also affect other family members and subsequent generations. And men and women who go through a difficult a separation and divorce further complicated by Family Law Court processes frequently suffer from bouts of SD. The high the level of conflict increases uncertainty and has financial implications which prevent individuals and family members from moving on with their lives.

As a Family Psychotherapists and Mental Health Clinicians, We frequently see clients who are stumped when asked the question, ’what do you do to relax’? The lack of an answer informs us that somehow there is an assumption that we do not need to relax and recharge, or that somehow relaxing happens automatically. Neither of those assumptions is neither accurate nor helpful.

The truth is, we are stressed and time poor. Modern living is fast paced. It is not easy to keep up. Ask yourself, how well are you really looking after you? When was the last time you simply did nothing but sit, inhale deeply and observe your surroundings?

And watching TV is no help either, with news about high unemployment, people dying/suffering, over-inflated real estate prices, riots, revolutions, and cancer.  Who wouldn’t have some level of anxiety or depression? This steady broadcast of human suffering and tension can certainly trigger more serious depression.

Today, SD is common with around one in five people having depression at some point in their lives. SD is easily treatable. Most people recover within six months after the stressful event. However, it is important to get help, because SD can lead to a more severe type of depression. The coping skills learnt in treatment are valuable tools to prevent future relapses.

PND is a type of depression that can occur after the arrival of a newborn. This is caused by severe hormonal and physical changes that occur in the body during pregnancy.  In addition, the lifestyle change for parents, including sleep deprivation and new and demanding routines, can drastically affect mood of both new parents. Women with post-natal depression may not realise they need help. It is important for the partner to be aware so that the mother gets appropriate treatment and necessary support.

Teenagers suffer depression, just like adults, but often lack the ability to recognise or articulate their feelings.  So it is important to look out for some of the specific signs typically exhibited by teenagers with depression, including:

The Link to Anxiety

Depression and Anxiety are not the same, but it is common to experience both at the same time. Although no one knows exactly why, it seems to make sense that those suffering from Depression who have low energy, feel hopeless, in despair, and overwhelmed by day-to-day tasks and personal relationships might also be fearful or anxious in situations where most people easily cope.

Both conditions are usually treated in the same way, which may explain why the two conditions are so often talked about as though they are the same thing. Anti-Depressant medication is often used for Anxiety, and Psychotherapy frequently helps people overcome both conditions.

Depression can damage relationships.  We have often seen how individuals, who are unaware of their depression, detach or disconnect from their relationships. They do so unintentionally and have little control over their moods and their actions.

Those with Depression begin to view themselves and their relationships negatively. Anger, frustration and irritability can create fights or tension between partners and family members. People around them may feel like they are walking on eggshells and may pull-away thinking things will get better with time. People who are depressed may lose interest in sex and intimacy, which causes partners to feel rejected or abandoned.
Men and women may have differing responses to depression. For example, men tend to display frustration and anger, while women are more likely to withdraw, sinking into sadness.

In any case, Depression can be very isolating.  First, it makes people shut down internally.  It distorts their perception of life and creates self-doubt, impacting self esteem.  The ‘Black Dog’ darkens moods and affects thoughts and feelings. Then, they shut down on their relationships. One client described his Depression as a ‘silent scream.’  He knew he was suffering, had no control over shutting down, and no one could hear him.

When we feel depressed we often feel that no one else understands. And it is not unusual to feel embarrassed or ashamed about what we are experiencing. That's when seeing a counsellor can help because we don’t judge you. We help figure out what is REALLY going on and we are there to understand how things are for you. At the same time, we know your depression is not the totality of you, and we treat you as a person not as a condition.

Counselling addresses the psychological and psycho-social aspects of depression. This is vitally important for recovery. Whether you are diagnosed with SD or CD, Counselling identifies and helps you understand the emotions, behaviours and thinking that contribute to depression. Locating the life problems or events that sit behind it allows us to solve, improve and heal.

Negative self-beliefs and attitudes often contribute significantly towards depression, and counselling looks at ways of reorganising such ways of thinking that may be faulty and unhelpful. Additionally, you will learn problem-solving skills and coping strategies that will sustain you and prevent relapse. Counselling helps you regain control and pleasure in your life. Many clients feel immense relief right away when they realise their counsellor understands them and their depression. There are many other potential benefits of counselling, including:

Often times those impacted will not know they have depression. If you have a family member, friend or colleague who is not him/her self, who is down and who has disconnected from their usual activities and acquaintances, extend help.  Suggest they see a qualified professional for assessment.