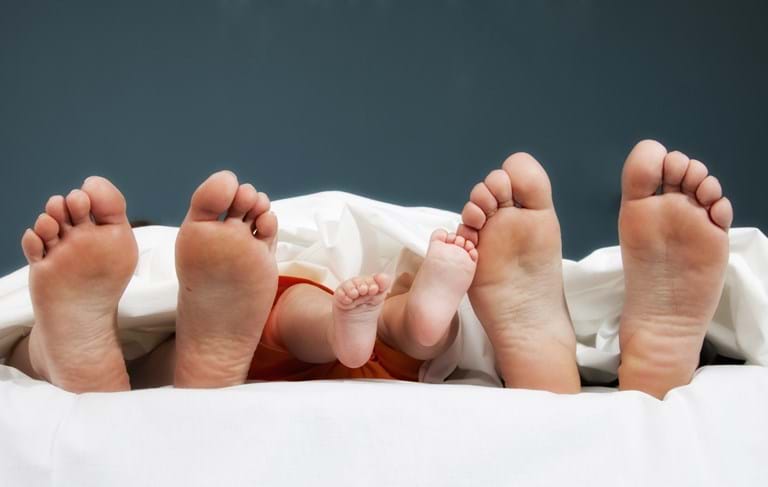 Have you ever wondered why some relationships fail and others last a lifetime? Does it depend on the good fortune to meet and choose our life partner or does it come down to how we manage our close relationships?

This will be a three part series, exploring attachment theory – the impacts that the first relationship with the primary caregiver, generally a parent has on childhood development and relationships into adulthood.  Attachment theory gives us insight not just into our choice of intimate partner but what we expect and receive from all those closest to us.

Human are social beings. We are born needing people. As infants, we are dependent on a close relationship or attachment with our primary caregiver for survival. But our need for close attachments does not end here. To be in relationships where we feel safe, close, connected, comforted, acknowledged and cared for is a fundamental human need and we carry these needs from the cradle to the grave.

Although there are multiple competing theories and an almost unlimited range of variations on therapeutic responses to emotional hardship in children and adults, there is surprisingly little dispute in the professional community about its early childhood origins.

Understanding the long-term impacts of different attachment experiences from early childhood is not about criticism of parents, nor is it a defeatist acceptance that you will be forever at the mercy of long-forgotten experiences.  Instead understanding the nature of your early childhood attachments will give you the self-awareness to understand some of what you’re seeking in adult relationships, with others and with yourself.

In Part One of this part series, we will explore the three main attachment styles. In Part Two and Part Three, we will look at how to work with the different patterns as an adult. Most people would say, ‘I know myself well’ but do you really? How often do we look at ourselves and the underlying reasons why we behaviour the way we do in relationships? Usually, we look at how our partner or others behave and rarely at what motivates us. Fear not, although understanding yourself takes commitment and practice, like so many things that are worth doing the benefits far outweigh the effort.

The central idea behind Attachment Theory (and the resulting framework within which we conduct much of our work at All Relationship Matters), is that our first relationship with our primary care-giver teaches us what we can expect from our relationships.  So often, clients come to us expecting a quick fix, perhaps 6 sessions of behavioural based counselling to unlearn a bad habit or solve a recurring issue or conflict in their relationship. This expectation is supported by the strange government funding model, which assumes 6 to 10 sessions should be sufficient.  Of course the problem is that when you’re exploring behaviours stemming from formative childhood experiences, it takes more than 10 sessions. People are just too complex for this sort of surface-scratching approach.

Attachment Theory, which is a way of understanding the emotional security and psychological well-being of a child or adult was first introduced by revered British Psychologist John Bowlby and further developed by his protégé, Developmental Psychologist Mary Ainsworth. The key learnings from Bowlby’s theory and Ainsworth’s later research is that if the primary caregiver is present, sensitive and responsive to the baby’s needs, the baby feels safe to explore his or her environment, with a sense of security and friendly curiosity.  In Ainsworth’s Strange Situation experiment she developed a procedure to observe babies from 12-18 months old to determine the nature of their attachment behaviours with their primary caregivers. Here’s how it worked.  The experiment took place in a small room with one-way glass and involved 100 middle class mothers and their babies. Each experiment lasted approximately 3 minutes and through 8 short phases:

From her experiment, Ainsworth was able to identify 3 discrete attachment styles.  The fourth was differentiated later.

In this condition, which accounts for about 60% of non-clinical populations the baby was upset when mother left the room. When she returned the baby went straight to her, was easily calmed and quickly returned to play. For these babies, the mother was found to be emotionally available at home, well-attuned and responsive to the infant’s needs and mental state. The baby’s emotions were easily regulated because he or she felt safe and secure to return to curious exploration.

As we will see in our later posts, as an adult, this early experience will generally translate to this expectation “When I’m distressed I can call someone for help. People are there when I call and need them and they come back to me.”

This condition was observed in 20-30% of the low-risk population. As the mother left the room, the baby neither reacted nor moved towards her. When the stranger entered, the baby stopped crying but otherwise ignored the stranger. When the mother returned, the baby continued playing and did not react to her presence. For these babies, the mothers were generally emotionally unavailable at home, sometimes actively rejecting their infants. Some were responsive in non-emotional interactions but dismissive when the baby was emotionally demanding. These babies were more likely to show episodes of aggression or needy behavior than their secure counterparts. The lack of emotional attunement from mother to baby causes it to shut down and baby's mode of protection is to dissociate from contact and repress their needs and emotions.

As an adult, this may translate to an internal dialogue such as: “No one is there for me. I must learn to count on myself.” and perhaps also, “It’s better to cut off my emotions because emotion can hurt.” It is less than accurate but adults with Avoidant Attachment style have been described as 'emotionally unavailable', 'emotionally absent', cold, indifferent or having no feelings. They do have feelings but unable to express them.

About 10% of low-risk populations exhibited anxious attachment.  When the mother went to leave the room, her baby became very upset and when she returned, immediately went to her, clung tightly but inconsolably.  Although caring, attentive and emotionally available in this instance, at home, the mother was not consistently available for baby. Sometimes pre-occupied and not well-attuned to her baby’s needs, her child exhibited anxious and demanding behaviour at home because the response was uncertain or inconsistent. These babies over-activated their need for attachment.

As an adult, thoughts might run along the lines of: “Someone will leave me. I will be left, abandoned or rejected. I’m not that special.” On the surface adults with Anxious Attachment style may come across as clingy, needy or too emotional.

This was not an original classification but was later added as an elaboration. It accounts for those babies who expressed inconsistent patterns of behaviour when their mother was leaving the room and also upon her return. For example, the baby would first move toward her then freeze and then hide in a corner. Not calmed by their mother’s contact, it was found that these babies often came from homes with a history of physical or sexual abuse, psychologically disturbed parents, and/or parents with substance abuse. They appeared to be frightened but had no way of resolving their fright.

Adult internal monologues might include: “I don’t know what to do when I am frightened. Nowhere seems safe to me.”

As noted earlier, this exercise is not an opportunity to assign all responsibility for adult behaviours to an absent or inconsistent parent. That is neither accurate nor a valuable exercise in improving the quality of present day relationships.  It is, however, an opportunity to explore those initial bonds and use those insights to transform your present day interactions.

Whether, you’re experiencing difficulties in engaging with a friend or boss, managing different expectations for love and intimacy with a partner or even feeling a deficit of self-love in your relationship with yourself, here at All Relationship Matters, we’re passionate advocates of investing the time and effort in understanding you in a deep way that pays off long term benefits. A deep-dive approach. Do it right and instead of a Band Aid for the issue of today, you’ll have the emotional self-awareness to manage these and other situations as they arise and build the sort of long-term relationships as an adult that you’ve needed since before you could crawl.