EQ And How Emotions Matter 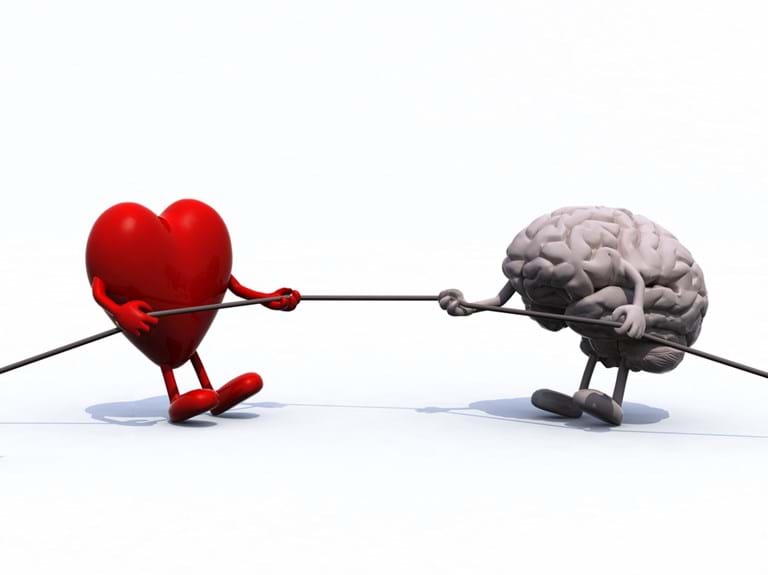 Emotional Intelligence (or EQ) is a critical skill for Executives, helping leaders to govern their own behaviour and use influence and relationship-building to achieve performance and results. Furthermore, where IQ is largely a get-what-you’re-given scenario, EQ can be deliberately cultivated.

Nevertheless, talking about EQ simply as a technique for building high-performing teams in commercial operations misses the broader and much more significant benefit of emotions, which is that they are an invaluable source of information about you, your experience of the world, your needs.

Although we like to see ourselves as rational human beings (and in our culture this is seen as something to aspire to) emotions are our primary way of interacting with the world. In childhood emotions are the first way we understand the world. In human societies emotional interactions pre-date the evolution of language itself.  Even amongst rational, articulate adults, much more of our experience of the world is delivered to us via emotion than through intellectual investigation and lucid thought.

Despite its power, ubiquity and ability to get to the heart of the matter, emotionality is seen as a negative. Think about the word ‘emote’, which asks us to see comedy in people experiencing apparently-exaggerated emotions. To use another example, consider the example of someone being told to ‘use their head’ rather than their heart to make a decision about what job to take, despite the fact they will be experiencing an emotional reaction to that decision for as long as they hold the position.

All this misses the critical underlying fact that emotions exist for a reason; they occur in response to positive and negative experiences and they offer insights found nowhere else about what we need.  We all know people who are attuned to their emotions but we often call them intuitive.  An individual who has learned to refine this powerful source of information may appear to have a sixth sense, being apparently able to see beyond the evidence and thereby benefitting from a deeper and more nuanced source environmental data. In reality, they are simply able to tap into the immediate and often more profound source of information that is human emotion.

Emotional information is processed via the limbic system, which is linked not just to the frontal cortex (the reasoning centre of our brain) but through the rest of the body. It makes us feel physically ill when anxious or sometimes experience physical pain during grief or loss.  Perhaps this is why people mistrust it. How can you trust a feeling that could be anxiety but could also just be a bout of food poisoning?

Feelings of anxiety, whilst uncomfortable and sometimes even treated as unacceptable (with medication regularly dished out to mask it), are often about underlying distress and unprocessed feelings of helplessness , fear or trauma. Unfortunately, when we do not look deeper into the underlying cause, merely treating the symptom, we place a band-aid over a deep and untreated wound.  All it takes is a little bump and its bleeding again.

Perhaps this is also why people mistrust it: it can hurt.  Nevertheless, for all the unusual ways that emotions can manifest or perhaps because of them, they teach us something, often something that we can’t understand any other way.

Take anger for example.  Anger is a protective response; it tells us that something is happening to us from which we may need to protect ourselves.  We feel threatened, unsafe and our natural ‘fight or flight’ response is triggered.

We might think that expressing or even feeling this anger is inappropriate and of course there are limits to how and when we can express it.  But that is not the same as saying that we should not listen to our emotions and consider what they are telling us.  Suppressing anger only defers it for another time.  Perhaps the young parent, under pressure at home, experiences road-rage when someone cuts in front of her in traffic or the under-appreciated employee unfairly singled out by his boss arrives home and fumes at his partner.

And for people really committed to not experiencing emotions, there are a range of problem-behaviours at their disposal from avoidance and distraction to self-medication, all of which we know increase the risk of mental issues, relationship problems and physical illness if they persist.

Not too long ago, I was in session with one of my clients, Melissa, age 39, a savvy corporate lawyer. She complained of stress and feeling constantly irritable with colleagues and clients to the extent that her senior partners suggested she consulted a coach. She was talking about some of the ways and times in her life when she avoids experiencing her emotions.  In response to my question about why she was reluctant to experience her emotions, Melissa considered for a moment and then said “emotions are inconvenient” before promptly bursting into tears.

* * *
Michael came to me when his wife left him unexpectedly, after 13 years of marriage. His description of his wife and events were delivered without emotion, like he was reading from a spreadsheet (he is an engineer), even though it was apparent he is devastated and perhaps even traumatised by her departure and yet his efforts to move on have so far been confined to trying to identify where they went wrong.  His brain is meticulously picking over moments in his memory where he should have behaved differently or seen the warning signs or where a different sort of interaction might have changed the outcome.  Over a number of sessions we have been gradually moving away from this very intellectual (and ultimately unhelpful) behaviour. Slowly, as I helped him to slow down his thinking, his emotions surfaced and his plight started making sense. As he does so he can begin to understand why his wife left, to accept his loss, grieve and eventually decide what he wants for his new life.  Grieving is a necessary part of loss and ultimately leads to healing. All the information required to recover he already has, I have been telling him; he just needs to allow himself to feel the emotions of his relationship loss.

Many of my clients grew up in homes where emotions were not openly discussed or expressed and these habits have been carried into adulthood. Or where emotions were freely expressed but lead to negative outcomes. Whatever the reason however, a reliance on pure rationality is a poor way to make fully satisfying life-choices.  Just as when you are single and wanting a partner, selecting a partner based on a clinical list of personal attributes fails to account for the impact of personal attraction, so choices determined exclusively by thought instead of feeling risk delivering us a life that looks right on paper but makes no space for joy.

After all why do we remember life’s important moments so? Because emotional experiences leave traces in the brain.  We now know that memories are formed both in conscious memory and unconscious memory systems. Memories about emotional situations are more likely to be stored in both systems making their recollection more accurate and powerful.  Not only are emotions valuable sources of information about the present but they are our record of the past.

When we choose to disconnect from our emotions, we are in essence choosing to cut off parts of ourselves and practice emotional neglect. And when we disconnect from one emotion, we in fact disconnect access to most if not all of our emotions. If we don’t listen when anger or sadness warns us about a situation, we also risk losing the ringing endorsement offered by happiness and excitement when we find a job, a home, a person that is just right for us.  We lose the ability to feel, listen and be informed by ALL parts of us, which is our facility to make whole-of-us choices.

Emotion is what changes

A painting into a masterpiece

An occasion into a treasured memory

And a person into the love of your life.

If you would like build on your emotional intelligence (EQ) skills, give us a call on 0400 999 918 or send me an email. It can only mean good things when you connect to ALL parts of you.