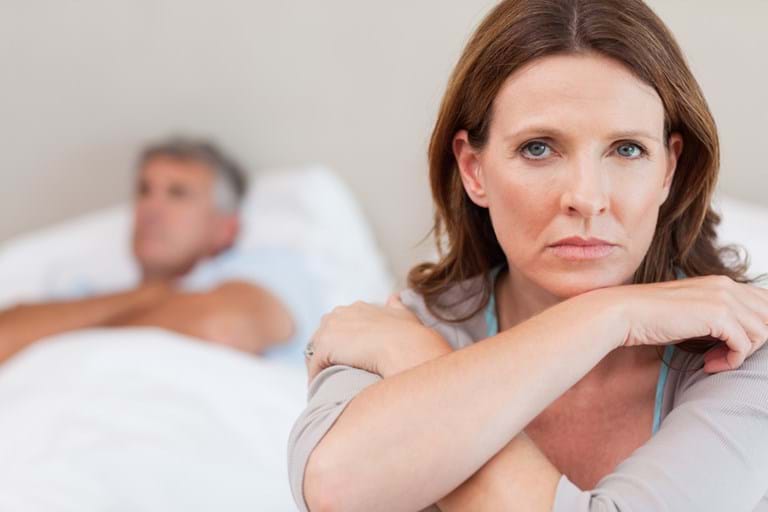 Many couples come to me for relationship Counselling wanting to learn skills to communicate better, resolve conflict, and stop fighting.  Issues they fight about are most commonly: money, the kids, sex and intimacy, and extended family.

Usually, one partner believes the other has to change in order for their relationship to improve. James, looking away says, “If only Susie will stop being so emotional and critical, things will be better.” Susie, in tears, exclaims, “Well, if James will talk to me more, tell me what’s going on and stop walking away, I won’t be as angry.”

Having been a relationship therapist for over a decade, I know this is just the surface of the real fight. There are good reasons this couple is fighting.  Both partners have emotionally disconnected from each other, and the fights are a protest for connection.  James feels criticised and unsafe, so he moves away to self-protect.  He believes that by doing so he is also protecting the relationship.  Susie feels rejected and alone so she pursues Jim desperately, frustration turning into anger, to stay connected to him.

Beneath all the loud fighting and long drawn out silences, they are asking each other some important questions: Am I adequate for you?  Will you reject me if I'm not good enough? Are you there for me?   Do my feelings matter to you?   Will you respond to me when I need you?

The answer to these questions determines the difference between the couple feeling safe and secure or disconnected and empty.  Susie, beneath her anger, wants to know that James is there for her and that he will come to her when she needs him.  James, beneath his feelings of helplessness, needs to know he is able to meet Susie’s needs and that he is not inadequate.  Both partners have a need to feel safe with each other and in the relationship.  Both partners fear the other will move away, which stirs up feelings of being abandoned.  Both partners long for emotional closeness and accessibility to the other.

But, these questions are hard to ask during a fight.  They are also hard to ask because it requires us to be open and vulnerable.  When partners feel hurt or shut down as a result of disconnections it is harder to remain vulnerable, so the attempts at connecting are expressed defensively by getting angry, by making demands, or self-protecting by shutting down and moving away.

When couples fight, there is always hidden meaning, not always obvious to the couple or untrained ear.  Monica and Ben came to see me in the midst of planning their dream holiday. They had planned for many years to take a six month vacation in South East Asia.  Both complained about not being able to agree on the itinerary and this was causing conflict when they should have been looking forward to the much awaited trip.

Ben expressed anxious feelings about being away for an extended period of time with no structure (work) and also requested that Monica  give him some ‘down time’ to read the newspaper and decompress on his own during this long break.  Monica, on the other hand, had been looking forward to spending more quality time with Ben without the distractions of work and household duties.  Ben said, “We are going to be with each other 24/7 for 6 months. I have never been alone with anyone for such a long period, with no structure.  I think it’s ok for me to want down time on my own.”  Monica said, “But I want us to spend most of the six months together, making memories, away from our usual daily life.”

A fight began in front of me.   I asked Monica to help Ben understand by elaborating on what she meant by ‘making memories’ so that she could see what had been really going on for her when she used this phrase.  Monica said, “I see us spending lots more time together, doing things, visiting places, doing nothing even, but being together.  I want Ben to connect with me more….all this will be stored in my head as memories.  I pressed on, asking Monica what happens to the stored memories.  Monica continued, “Later, I can access these memories when I need to, when we are home again, when life goes back to normal, and Ben is away at work or unavailable.”

I pressed a little more, asking why she feels the need to access these memories when they are home.  Monica looking a little said, “So that when I feel alone or when Ben is not around, or busy or tired from work, it helps me to remember when I felt connected to Ben. It …it helps me to feel close to him and that helps me stay in the relationship.”  At this point, Ben turned to Monica, with tears in his eyes, said, “I had no idea that is how you felt.”  Monica turned to me and said, “I didn’t know how deeply I felt about this until now.”  I helped them see how important it was for the both of them to look beneath the arguments and disagreements and understand the meaning of the fight.  Looking for the meaning of the fight clarifies what each partner needs from the other.

Some couples come to me wanting to learn how to reduce fighting or would like to their partner to fight fair.  Apart from fights that are emotionally, psychologically or physically harmful, I say to them, fighting is a good thing.  Fighting means you are aware that you are disconnected from your partner. Fighting means you want to connect or reconnect with your partner.  When couples fight, they are actually reaching for their partner, seeking to remain connected and secure. Read more about Couples Fighting.

Fighting can also mean you have needs that are not being met.  Christine, an attractive, successful financial analyst, came to see me alone and very distressed after a fight she had with her partner, John. The fight ended with Christine throwing a vase at John, just barely missing him.  Christine said, “Kim, it’s not like me to do that.  I am not an angry person.  I don’t know what came over me.  One incident and now John thinks I have an anger management problem.”

Christine described how she had started dating John, who was her boss and a married man, five years earlier.   Since then John had separated from his wife but not divorced.  When I asked whether they have made plans together for the future, Christine said, “Not really.  John says he can’t divorce his wife as they have many joint assets and that the kids are still little.”

Christine said she was ok with this arrangement as long as they were able to spend enough time together, although she did report that he frequently cancelled their scheduled times together to attend to his kids or wife.  She also reported that John flirted with other women at work but indicated that was ok as she also did a lot of flirting.

After a few sessions Christine was able to express that she felt unimportant whenever John cancelled their scheduled times together.  I asked Christine if she felt safe with John.  At first she was puzzled by my question, but then said “I never thought about this but now that you mention it, no I don’t.  Every time, he cancels or looks at other women, I feel angry, afraid and alone. And unsafe, yes unsafe!”

I said, “Maybe now it makes sense and why you did something out of character like throwing the vase.  Something inside you protested and perhaps wanted to know John’s answers to some important questions: Are you with me? Am I important to you? Am I safe with you?”

Christine, for the first time, was able to acknowledge she had felt this way for a long time but had been pushing the feelings aside so she could remain with John.  The meaning of Christine’s outburst at John was a protest for safety and a need to secure their bond and relationship.

As humans we are hardwired for a safe and secure connection with a significant other. Within this bond we become emotionally dependant on each other for nurturing, comfort, soothing, and protection.  We require emotional contact and responsiveness from our partner.  As a close intimate couple or team we face the world together.  This need is similar to the safe, secure, nurturing bond a baby seeks with its mother or primary caregiver.

There are many similarities between couple relationships and relationships between infants and their caregivers.  In both cases, the parties: engage in close, intimate bodily contact, feel safe when the other is close by and responsive, feel insecure when the other is out of reach or unavailable, share exploring the world with one another, have needs to spend significant amounts of time with one another, spend time playing with one another, and express a mutual fascination and preoccupation with one another.  Notice how a mother looks lovingly at her baby just as two lovers gaze into each other’s eyes.  The need for this bond, this secure attachment never disappears; it evolves into the adult need for a secure emotional bond with a partner.

Through this attachment, partners in love become emotionally dependent on each other for comfort, nurturing, soothing and protection. We require emotional contact and responsiveness from our partner.  And when moments or periods of disconnection occur with a couple, as they inevitably do, fighting ensues. Couples fights are attempts at reconnecting with the other. Learn more about Emotion Focused Therapy, an effective approach for Connecting and Reconnecting.