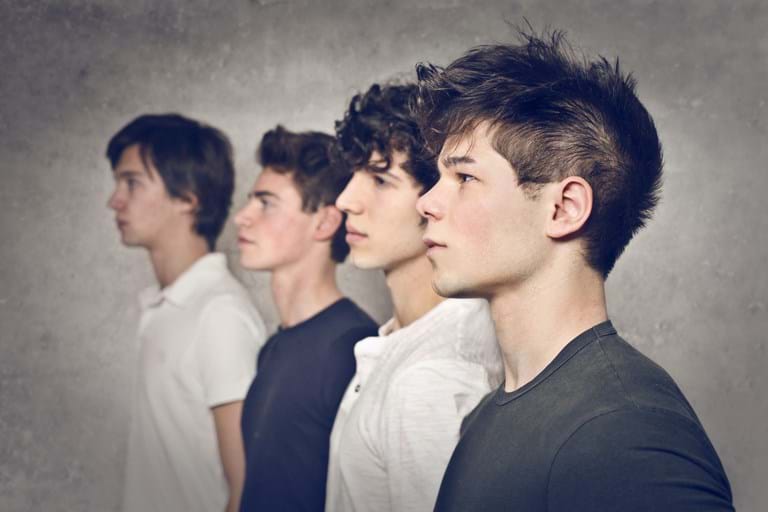 Young men are a strange bunch. I’ve worked with them for years in all forms. Sullen, fidgety, monosyllabic and on the other end of the spectrum, depressed, anxious, angry, acting out, drug addicted, violent; you name it.

They’re really not all that different. I like to think of them as little cavemen. They grunt, belch, consume and output aggression as well as unflattering tufts of hair on their greasy chins.

Their worlds are complex, but their ability to navigate their own complexities are greatly limited. This is for several reasons. Let’s start with the obvious; raging hormones. One day they’re innocent wide-eyed boys, the next possessed with the urge to violate anything that has hopefully consented to the act. Inanimate objects are no longer sacred.

Making jokes on this subject matter is like shooting fish in a barrel. The flip side is what it’s like to be the boy with the raging hormones. It’s terrifying! They are genuinely not far from possessed in an exorcist type way and they have no idea why, and furthermore what to do with their new-found drive.

Time passes and they gradually begin to figure out how to quench their insatiable thirst. Girls! Or boys. Whatever floats your boat, right? Or sometimes its more complex again, but that’s a whole different path.

The problem is, they’re cavemen. Grunting doesn’t work and their pimply faces aren’t helping either. The end result is often years of frustration that they can’t express. They can’t express it firstly because they lack the skills to do so even if provided with the appropriate vehicle. They also can’t express their frustration because of societal standards. Big boys don’t cry, all that stuff.

Real men are born confident. They no how to dress and how to impress. Nope. Not at all true. It takes years to figure that out, and some people don’t figure it out at all.

So what’s next? Figure out a career path and plan your future when you’ve only just recently learned how to shave. And how are you going to do that when you have no idea about who you are as a person, how you fit in to the world, or even how the world really works. Add on to this the rapidly changing job market and the added pressure of getting 1000 followers on Twitter, Facebook, Instagram and Snapchat… you get the idea; it’s tough.

So if you are a parent, a grandparent, a caregiver or a simply concerned human, and know of or have one these gents at home, give me a ring on 0400 999 918. I’ll do whatever I can to help your young gents figure it out.

What I offer is therapeutic, but it’s not therapy. It’s a chance to get together with a few people who are in the same boat, facing the same obstacles and learn that you’re not alone in your struggles.

Group is open to young men between the ages of 13-19. No more than 6 suitably placed young gents in one group. Our meets are weekly for 6 weeks. From 7:30pm til 9pm. To join a group, a pre-group meet is required. Ideally with young gent and parent. You can find out more. Suss me out. Make sure it is right for you and know that everyone may be a bit nervous but there is friendship and fun in store.